Hannington-Gilbert was founded in 1965 and became a limited company, incorporated in in 1983. Between 1972 & 1999 it was a partnership of Clive Gilbert and Alan Watson, occupying a shop and stores in Queens Road, Hastings. After Alan’s retirement Keith Wells became a director having started with the company as an apprentice. In 2011 Clive’s sons Max and Dave became company directors having worked with the company for many years and our base of operations was moved to a new workshop and office at Northridge Park. In 2015 Keith retired and his position was passed on to Peter Chapman who had also started with us as an apprentice and risen through the ranks.

The high standard of electrical contracting is ensured by membership of the Electrical Contractors Association and National Inspection Council for Electrical Installation Contracting. Which offers genuine and reliable consumer protection. All the electricians employed are trained to the latest wiring regulations. A further two apprentices are being trained at the present time, under the latest training scheme ensuring continued company growth. We also hold SSIP accreditation with Safecontractor and Constructionline membership. Our membership of Checkatrade allows clients to give feedback and potential clients to see our excellent record.

We have been pleased to carry out work in recent years for Hastings Borough Council, Rother District Council, Love Hastings, T Bourne and Sons of Rye, and in conjunction with George Stone Ltd, work at various properties for The National Trust and Forestry England, and also work for many private customers. 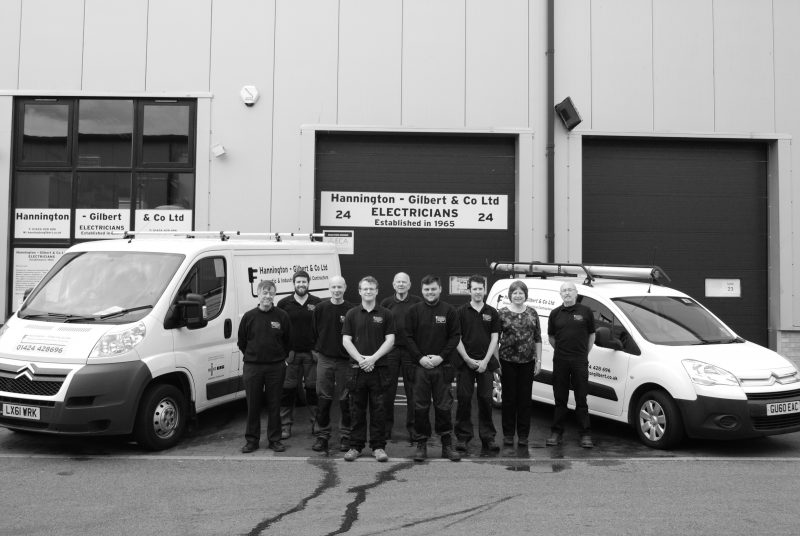